Note: This tutorial is specific to Windows with Visual C++. Go here for a version that uses Mac OS/X.

Download the Vamp plugin SDK version 2.2 from the "development headers and source code" link on the developer page at http://vamp-plugins.org/develop.html -- the file you want is called vamp-plugin-sdk-2.2.zip. Unpack this into your Visual Studio projects folder, which by default is found in your Documents folder, at Documents\Visual Studio 2008\Projects. You should now have a new folder in this location called vamp-plugin-sdk-2.2. This picture shows the older version 2.1, but the principle is the same.

We're not going to compile the SDK, only draw the header files from it. To go with them, download the file vamp-plugin-sdk-2.1-staticlibs-win32-msvc.zip from the same location, which contains some pre-compiled SDK libraries, and unpack it in the Projects folder as well. Note that, although the binaries file is marked as version 2.1, the binaries are unchanged between 2.1 and 2.2 (so there is no separate release marked 2.2).

Drag-copy the skeleton folder from within vamp-plugin-sdk-2.2 directly into the Projects folder... 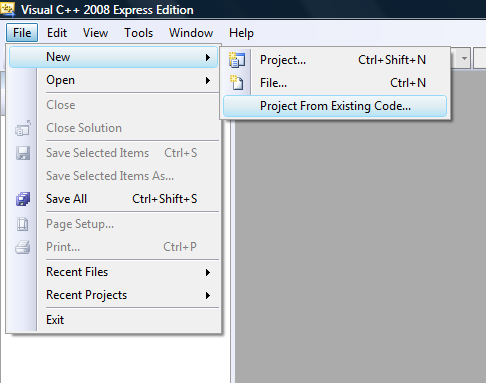 The tester gives some instant feedback, but the simplest way to run a plugin and see what happens is to use vamp-simple-host. This is also part of the Vamp SDK, and is available as a binary executable in the vamp-plugin-sdk-2.1-binaries-win32-mingw.zip package (the "Pre-compiled library and host binaries" link on the [[http://vamp-plugins.org/develop.html|developer page]]). Extract only the vamp-simple-host.exe program from this package, and drop it into the tutorial folder as before.