A simple DAW prototype that can be operated with the usual graphical user interface or with its peculiar audio-haptic interface.
The latter allows visually impaired users to interact with the program without having to look at the screen, by using haptics
(through the Geomagic® Touch™ Haptic Device) and sound (speech as well as non-speech).

It supports cut/copy/paste of audio clips and automation graphs of gain and panning. It was not really meant to be used for real tasks but rather to
test out cross-modal approaches of interacting with DAW's. It features several sonifications and "haptification" of different aspects of DAW's that
are often inaccessible to visually impaired users. Its sonification of peaks underlies the sonification techniques used in the award winning
Accessible Peak Meter audio plug-in.

Cross Modal DAW Prototype is written in Java and uses the JHapticGUI library to embed the haptic device. 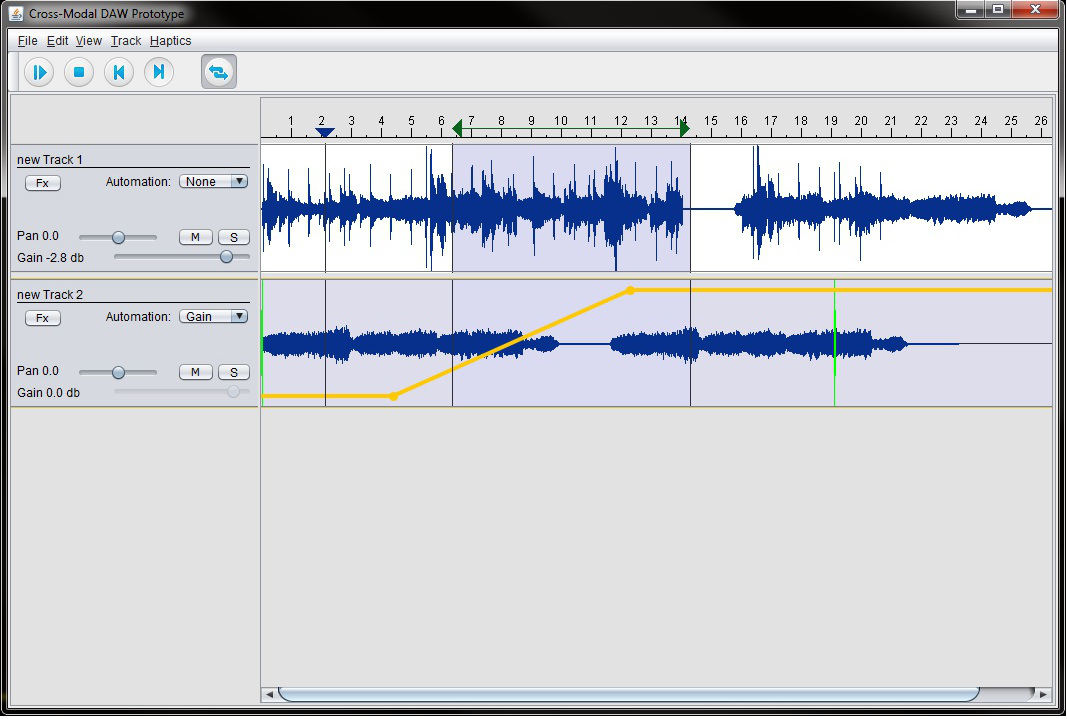 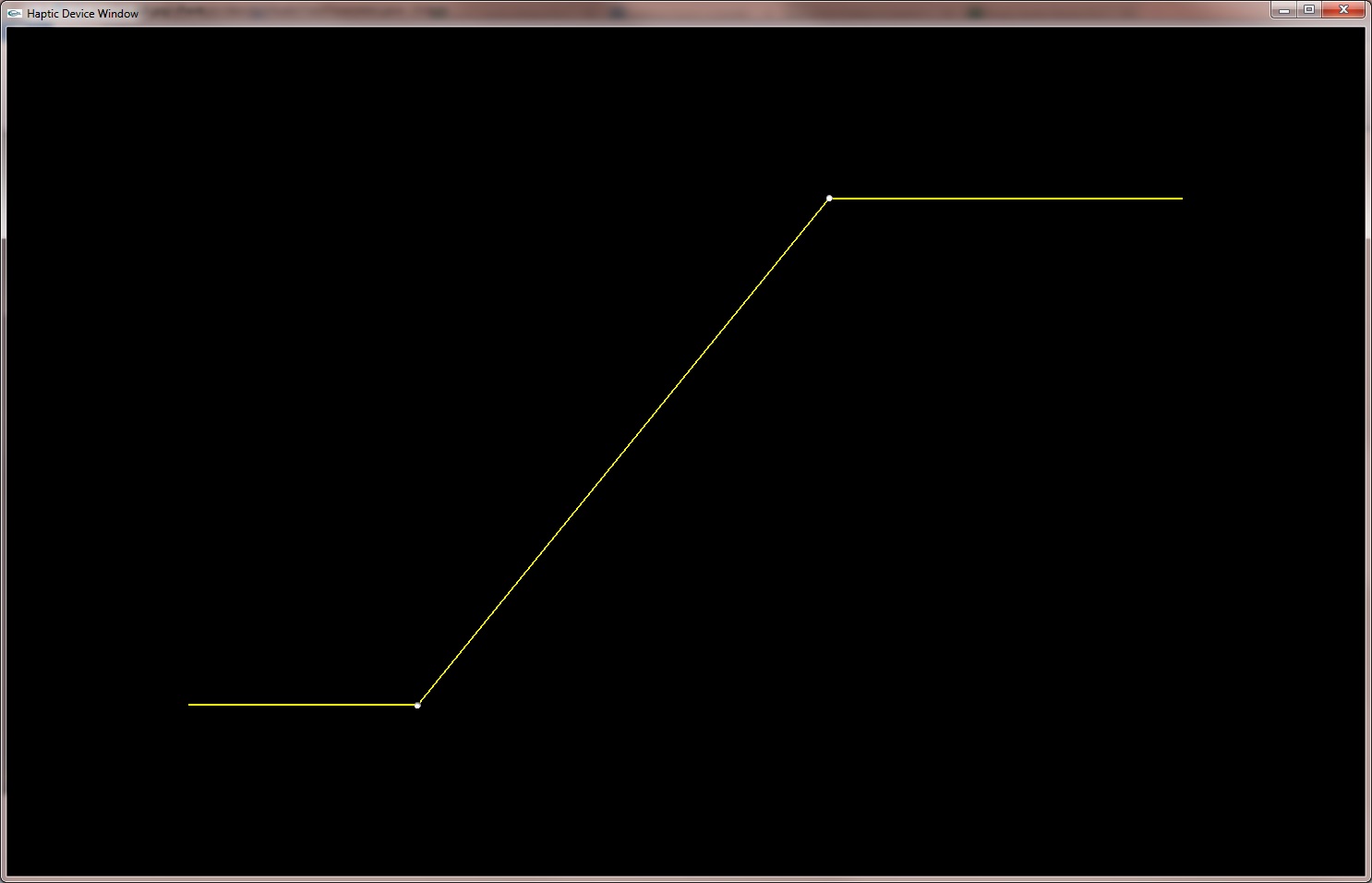